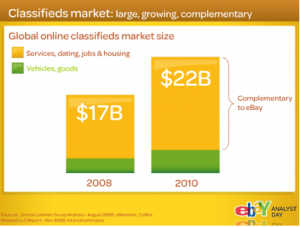 Similarly, I remember years ago when I was looking at the series A investment in a company called Lumos Labs.  The company is the leader in online brain fitness games and has over 14M members. But these were the early days of the company.  I loved the founder, but was struggling because this just didn’t seem “big enough” to me. I remember talking to one of the angel investors (and also one of my old mentors) about what the company could become, and what it would look like if it ever became a really big business.  I wondered if it could potentially be a “platform” for something else (the most meaningless and overused phrase that entrepreneurs and investors try to use to make companies seem more important than they are).

His answer was so simple, and at the time, I kind of dismissed it as the view of an angel investor who didn’t really “think like a VC”.  After thinking for a few seconds, he just said: “I just think they can get big by selling lots and lots of games”.

VC’s pass because of “Market Size” all the time.  It’s maddening feedback for entrepreneurs, because no one likes to think they are not working on a “big enough” opportunity.  Sometimes, it’s true – the market really isn’t big enough. But often, it’s either not really the case, or truly impossible to tell.  How does one measure the market size of a company creating a completely new market, or one that is trying to unlock non-consumption vs. stealing share from existing players?

The problem with the market size feedback is that entrepreneurs end up being stuck.  How do I change the size of the market I’m going after?  It’s very discouraging. But the reality often is that investors don’t pass because of market size.  They pass because of doubts about customer adoption.  It’s not a question of “are there a lot of potential customers for this”, it’s more a question of “I don’t really believe that lots and lots of customers will buy/adopt this”.  The early traction may be interesting, but the investors fear that demand is driven by a relatively small niche with idiosyncratic tastes or needs.

The investors just don’t believe that you can simply sell lots and lots of games.

If this is the case, then there is actually hope!  It’s actually possible to change an investors mind about customer adoption.  And if you can do that, you can probably tell some story about how the company can indeed accomplish more than anyone today thinks is possible.  The game plan then is to show accelerating user growth, across a variety of user segments, and understandable and declining acquisition costs.  At some point, investors may start to change their mind about the market size.

Parting thought #1 – funny enough – in the first example above, the investor actually asked to be kept in the loop for the next round of financing.  Puzzling, seeing as the market size was not going to mysteriously change.

Parting thought #2 – there is at least one company I know today that is reported to be raising a very nice round at a good valuation from terrific investors.  Earlier on, many many investors passed, and I think largely because the company didn’t seem to be going after a big opportunity.  But they kept plugging away, growing users aggressively to the point that the opportunity they are going after did look pretty big after all.